As we are aware that General Knowledge (GK) is very important area in all the competitive exam held in the country. Most of the aspirants feel difficulty in scoring good marks in it. Now a days, a good knowledge of general awareness is very important in clearing any competitive exam. To over come all this you should have a understanding of the things happening around you.

Some important topics related to General Knowledge is given below. This section comprises all the main facts about India in the examination point of view such as: 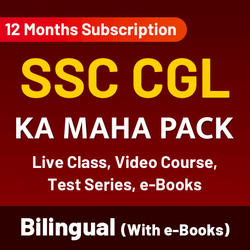 Current GK plays a major role in general awareness section of any government exam. In banking exams, the GS section is mostly based on Current Affairs and financial awareness. If we talk about SSC and UPSC exam, around 20% questions asked from the Current GK. You need to learn Current GK along with Static GK. Current GK 2020 section comprises the latest events and updates such as: 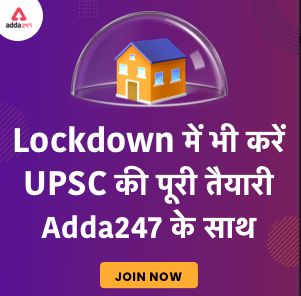 World GK section is all about the facts about World Organisations & Headquarters, Worldwide Festivals, Important Places in the World, World Leaders, Name of Presidents and Prime Ministers, Famous Personalities around the world along with Daily GK updates which are truly effective for your exam preparation. Some of the important topics are listed below:

In this page, we have provided topic wise and chapter wise general knowledge notes and questions. So, we have categorized them all and given in the section wise. Therefore, all those candidates looking for the General Knowledge and GK Questions here, can find all the information related to General Knowledge in a single go through this page.

General Knowledge has a vast syllabus like Current happenings, Major Issues, Top events in National as well as World level with clear explanation.

In this general knowledge, Static General Knowledge is divided into three main categories as Basic GK, India GK, World GK and those are presented with numerous Subtopic wise manner for your easy understanding. For each Subtopic, Crystal clear explanation is granted, which you can't find anywhere else. Basic GK, India GK and World GK have already been discussed above.

Ques 1: In which year of First World War begun.?

Ques 3: How many Lok Sabha seats belong to Rajasthan.?

Ques 4: Indira Gandhi was assassinated in.?

Ques 5: In cricket, a run taken when the ball passes the batsman without touching his bat or body is called.?

Ques 6: How many Lok Sabha seats does Goa have.?

Ques 7: Hygrometer is used to measure.?

Ques 8: Indian Institute of Petroleum is located at.?

Ques 9: How many players are there on each side in the game of Basketball.?

Ques 10: Indira Gandhi Centre for Atomic Research, established in 1971, is located at.?

Q 11. Entomology is science that is related to?

Ans: A. Behavior of human being.
B. Insects
C. The origin and history of technical and scientific terms
D. Formation of Rocks

Q 12. For which of the following disciplines is Nobel Prize awarded?

Ans: A. Physics and Chemistry
B. Medicine
C. Literature, Peace and Economy
D. All of the above.

Q 13. Garampani sanctuary is located at.?

Q 15. Each year World Red Cross and Red Crescent Day is celebrated on?

Ans: Career Power is the best website for General Knowledge which provides Static and Current GK for India and World.

Q 2. How can I learn GK and current affairs?

Ans: You can learn GK and Current Affairs by visiting the Career Power website and Adda247 App.

Q 3. Is there any App for daily Current Affairs and GK Questions?