In this article you will get all the important information regarding the TNPSC Group 4 Syllabus and Exam Pattern. We have discussed every part of syllabus and exam pattern elaborately.

The important points related to Tamil Nadu Public Service Commission Group D Syllabus 2020 is given in the table below.

It is advisable to all the candidates before jumping onto the TNPSC Group IV Syllabus, first have a look at the Exam Pattern. The Group 4 selection is based on written exam only. The exam will be of 3 hours consists of 200 questions. All the questions are of Multiple choice questions (MCQs type). All sections will be objective in manner and the level is 10th standard only.The paper for the TNPSC Group 4 Exam is consists of three subjects i.e., 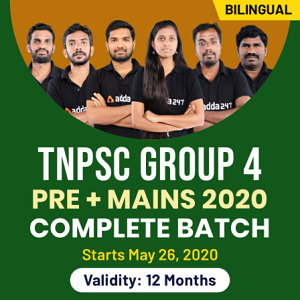 The TNPSC Group 4 exam comprises of the three sections, namely

General Studies is one of the most common sections for all the government exam across the nation, especially in public service commissions.

General Science is divided in four main parts i.e., physics, chemistry, biology and zoology. The syllabus of each is explained below.

The syllabus for aptitude test and mental ability is discussed in the table: 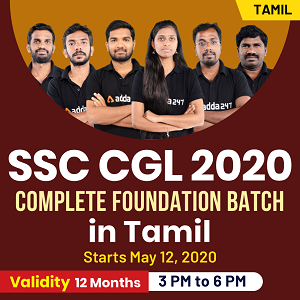 There are 100 questions in the General English question paper. The TNPSC English Paper is divided in three parts. The parts-wise syllabus division is given below.

Q 1. Is there a negative marking in TNPSC Group 4 exam?

Ans. No, there is no negative marking in TNPSC Group 4 exam.

Q 2. Is knowledge of Tamil needed?

Q 3. How many subjects/ section are there in TNPSC Group 4 exam?

Ans. There are three sections/ Subjects in TNPSC Group 4 exam.

Q 4. What is the total marks of TNPSC Group 4 exam?

Q 5. What is the minimum marks required to pass the TNPSC Group 4 exam?

Ans. Candidates need to score 90 marks irrespective of their categories.