Like all the other State Public Service Commission and UPSC, MPSC state services exam is also conducted in three stages namely:

Candidates have to clear each stage in order to be eligible for the next stage, if candidates clear the prelims, they can give the mains, clearing which they would be summoned for the final stage i.e., interview of the MPSC Exam.

Before going to the syllabus directly candidates are advised to check the Exam Pattern of the MPSC Prelims Exam.

MPPSC Prelims Exam Pattern: This stage exam consists of two compulsory objective papers. Check the elaborated exam pattern and details of the MPSC prelims exam. Both papers are of 2 hours each. 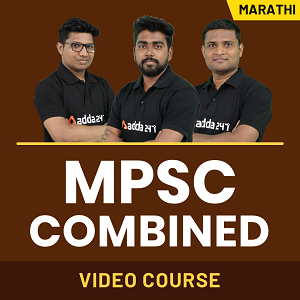 Candidates can check the MPSC Prelims Syllabus of both papers in the subsequent points. Like the UPSC, MPSC also provide just the topics names in the Syllabus. As it is a State Level Exam, most of the questions have a specific focus on the to the Maharastra. With the right preparation strategy, it is possible for candidates to prepare for both exams simultaneously.

After qualifying the MPSC Prelims candidates have to appear for the MPSC Mains exam, the exam pattern and syllabus of the exam is given in the subsequent paragraph.

Paper I: Marathi and English (Essay/Translation/Precis) 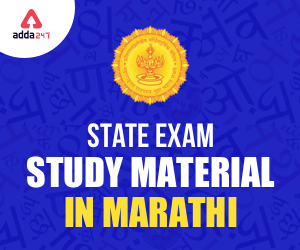 Economics of Development and Agriculture

Candidates who qualify the MPSC Mains Exam are called for the ‘Interview’ Round. Candidates are interviewed by a Board appointed by the MPSC. The mains fields checked by the interviewer given below.

Ans. CSAT Paper II is just a qualifying paper but MPSC State services Paper II is based on same syllabus but isn't qualifying and marks are counted while deciding the merit list for Stage II.

Q2. Is knowledge of Marathi needed?

Q3. Do we have optional subjects ?

Q4. Do we have subjective mains papers ?

Ans. General studies papers are all objective. Marathi and English papers for 50 marks are subjective. Both are compulsory.

Q5. Which is the language / medium of question papers?

Ans. The question papers are set in bilingual i.e. English and Marathi only.